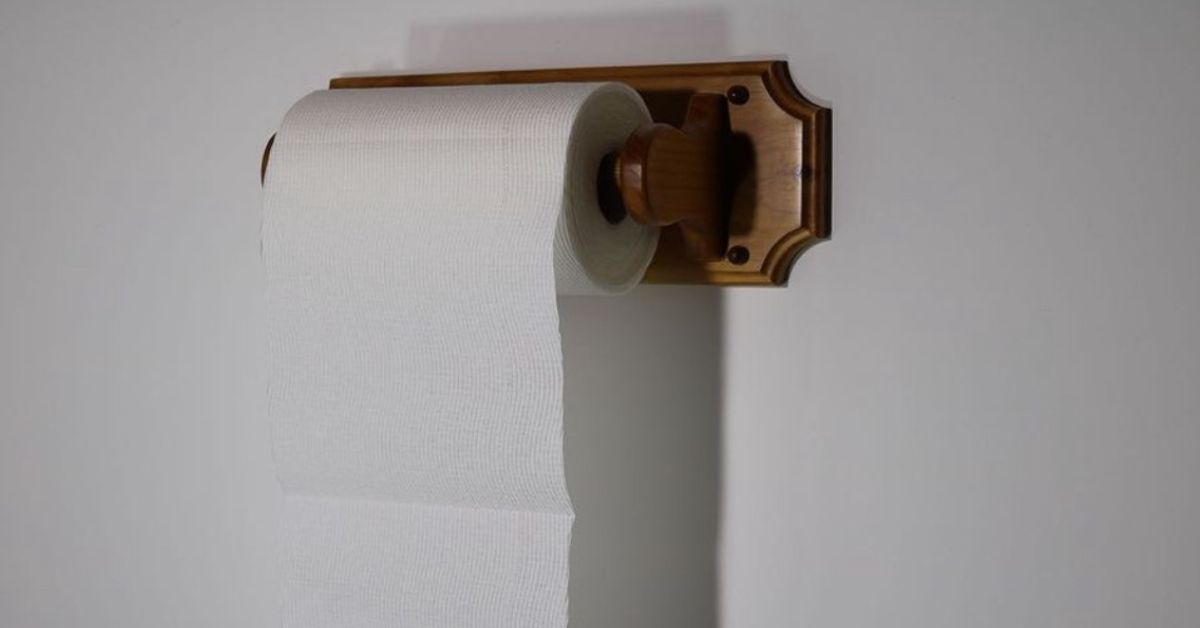 Winning the $5,000 for first place at the Moreton Bay Region Art Prize was likely foreseen for prominent Brisbane artist Dr Karike Ashworth but the organisers at Pine Rivers Art Gallery in Strathpine perhaps didn’t expect someone would actually use her intricate paper towel art piece.

Read: 2032 Olympics Update: What To Expect At Petrie’s Olympic Park

Dr Ashworth’s Viva! features a carefully hand-sewn single and unbroken line of white thread, creating 60 sheets that are attached and mounted on a 1970s-style paper towel holder. She described her work as a commentary on the “matrilineality of care labour” as she took  “approximately 30 unpaid hours” to craft the winning piece.

The artist explained her motivation for the paper towel installation.

“My practice often oscillates between employing the hyper-spectacle as a subversive strategy, and using banal, uninteresting, even typically ‘unspectacular’ materials. Sometimes both at the same time,” she said. “In my latest series of works I am using toilet paper and paper towel products and making objects and installations which are seemingly understated.”

However, during the exhibition’s presentation in June 2022, a patron accidentally used Viva! and tore off two sheets to wipe their hands after also using the hand sanitiser placed near the artwork.

Pine Rivers Art Gallery had to put up a sign indicating that the original artwork was compromised and displayed then the torn sheets as well to illustrate what happened.

“The incident has given us all pause to reflect on the way the pandemic has infiltrated our daily hygiene practices,” the sign stated. “It is also a stark reminder that the use of “found objects” and/or the “readymade ” in art — a practice which began upwards 100 years ago — continues to surprise and confound us.”

Rachel Arndt, the curator of The Condensery in Toogoolawah, who was the judge of the Moreton Bay Region Art Prize, said Dr Ashworth’s work may be easily dismissed as “an ugly utilitarian object” but a closer inspection will reveal the delicate embroidery.

“It hits you then – the stitching stretches the entire length of the roll, metres and metres of paper towel lovingly sewn and re-rolled into seeming ubiquitous usefulness.”

The judge liked that the art piece shows how “the disposable is actually priceless,”, especially during the pandemic.

Dr Ashworth is a graduate of Queensland College of Art and has a Ph.D. in fine arts at the Queensland University of Technology. When she’s not creating art, she works for Public Galleries Queensland.

“Art has a great ability to tap into the mindset of the community, and these unique, often unconventional exhibits certainly reflect themes we at Council know are very important to our Moreton Bay community such as responsible waste management, the value of work, our identity, protecting the environment and sustainability,” the mayor said.