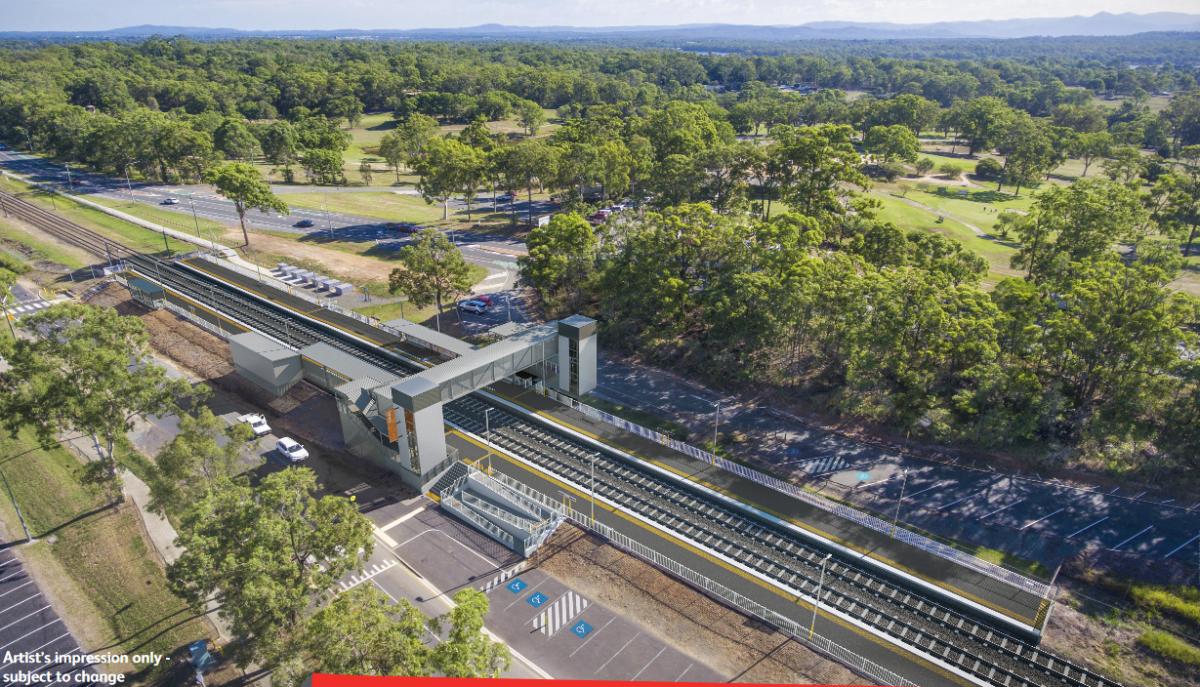 Work has commenced on the proposed upgrades to Dakabin train station, a significant transport hub that provides access to and from North Lakes and surrounds.

Residents have been saying, for years, that the station needed to be upgraded to make it more accessible to more people. Commuters have also lamented the lack of adequate parking facilities. Access improvements and parking facilities are now part of the improvement plan; but not another item found on the residents’ wish list: a bus station.

Despite its importance to the local community, would you believe that there has never been a proper bus connection at the Dakabin train station? Residents have been requesting it for years. Nevertheless, the train station upgrade includes the provision of space for a bus connection.

At the recent sod-turning ceremony, Murrumba MP Steven Miles said that aside from fixing the parking and accessibility issues at the station, the Dakabin upgrade helps boost the local economy through the creation of up to 250 additional jobs in the market due to the ongoing construction.

The works are part of the Queensland Rail Station Accessibility Upgrade Program . Under this program, the Government is investing $357 million to improve accessibility at South East Queensland train stations.

An additional $57 million has been committed for an additional six stations, from Fairfield to Salisbury (F2S), to be delivered as part of the Cross River Rail project.

Through these updates, customers with disabilities, the elderly, parents with prams, people with injuries or even simply those carrying luggage, will be able to use the station with ease and independence.

What are the improvements?

Features of the upgrade include:

Queensland Rail is working with the Department of Transport and Main Roads on the additional parking facility and a new bus interchange.