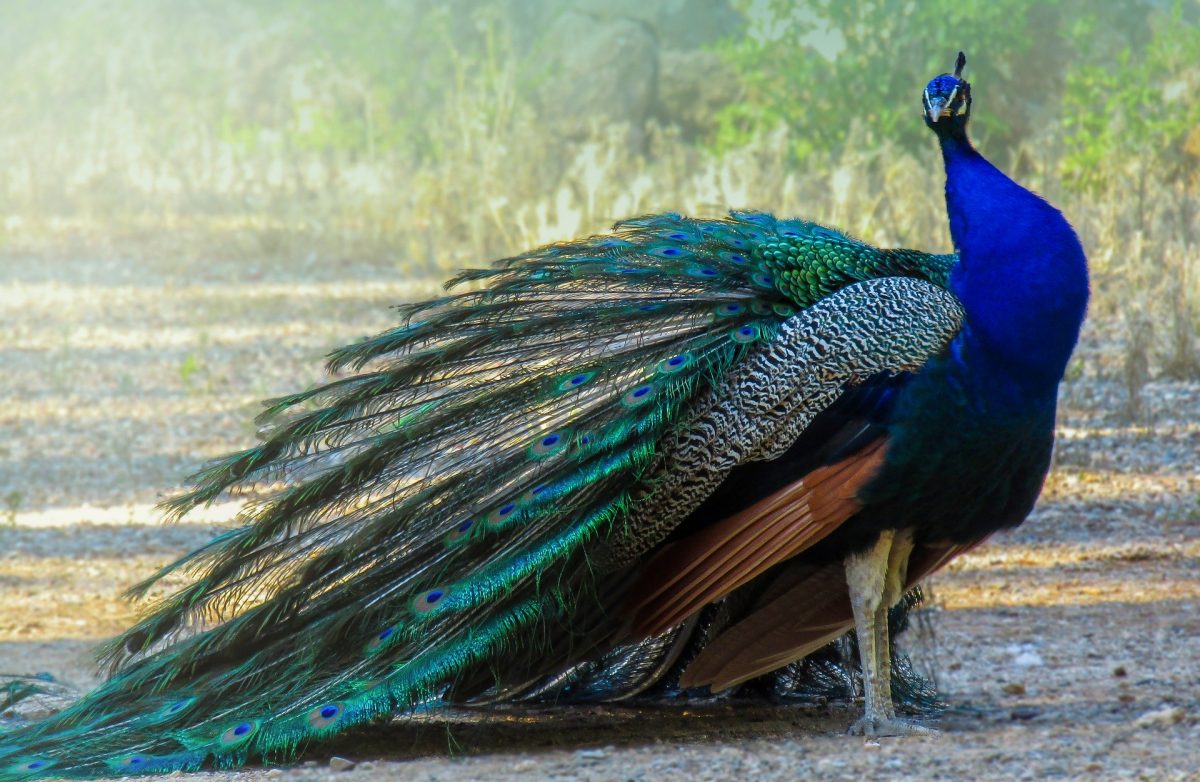 Should Moreton Bay Council start moving its most splendid but sometimes noisy prowlers, the North Lakes peacocks, away to a different place? It’s a question that has been raised by the community in recent weeks amidst a muster of peafowls roaming, sneaking and scavenging the streets.

Paul Martin of the Coochie Hydrogreen Lawn Care caught sight of the party one early morning as he was working in a client’s home. About 10 peacocks were running towards him and he braced for an attack.

But the peacocks only strolled past Mr Martin, who described the muster he encountered as “very tame.”  It was the first time Mr Martin witnessed the strange but beautiful sight, one that he said felt like a dream.

His client told him that some residents love seeing the peacocks in the neighbourhood and would happily feed the fowls.

On Facebook, residents have been sharing their peacock sightings.

“We have about 15 living in our neighbourhood. They just roam from house to house marching down the road and get fed by many. We love them!”

“They come round almost every arvo and keep the yard bug free for us.”

But not everyone is impressed by these birds. The peacocks have apparently been ruffling feathers by causing traffic to stall or damaging cars, gardens and rooftops.

“When the buggers dig the yard up, tear out anything you plant and carry on on the roof they are not fun. Have over 50 running around.”

The council has been receiving increasing complaints from the residents thus it might be time to consider relocating these colorful pheasants in the nearby bushland. According to reports, the council is assessing a potential new home with the help of the RSPCA.

Though the North Lakes peacocks have endeared themselves to the residents, it could raise more problems in the future as either pheasant or humans might end up getting injured in the next accidental encounter. Feeding the birds human food may also have long-term health effects.

The North Lakes peacocks were formerly residents of the Alma Park Zoo in Dakabin. The zoo closed down in 2014 and while most of the animals have been relocated, the peacocks remained.